Globally popular video game Fortnite might not be the first thing you think about when you start to create your (digital) marketing strategy for a brand. Isn't that right? But the commercially incredible success of this game can be a good indication of how you can include its success ingredients into your marketing plan – its freemium approach to client, content and influencer marketing, remarketing of passive users, and else. 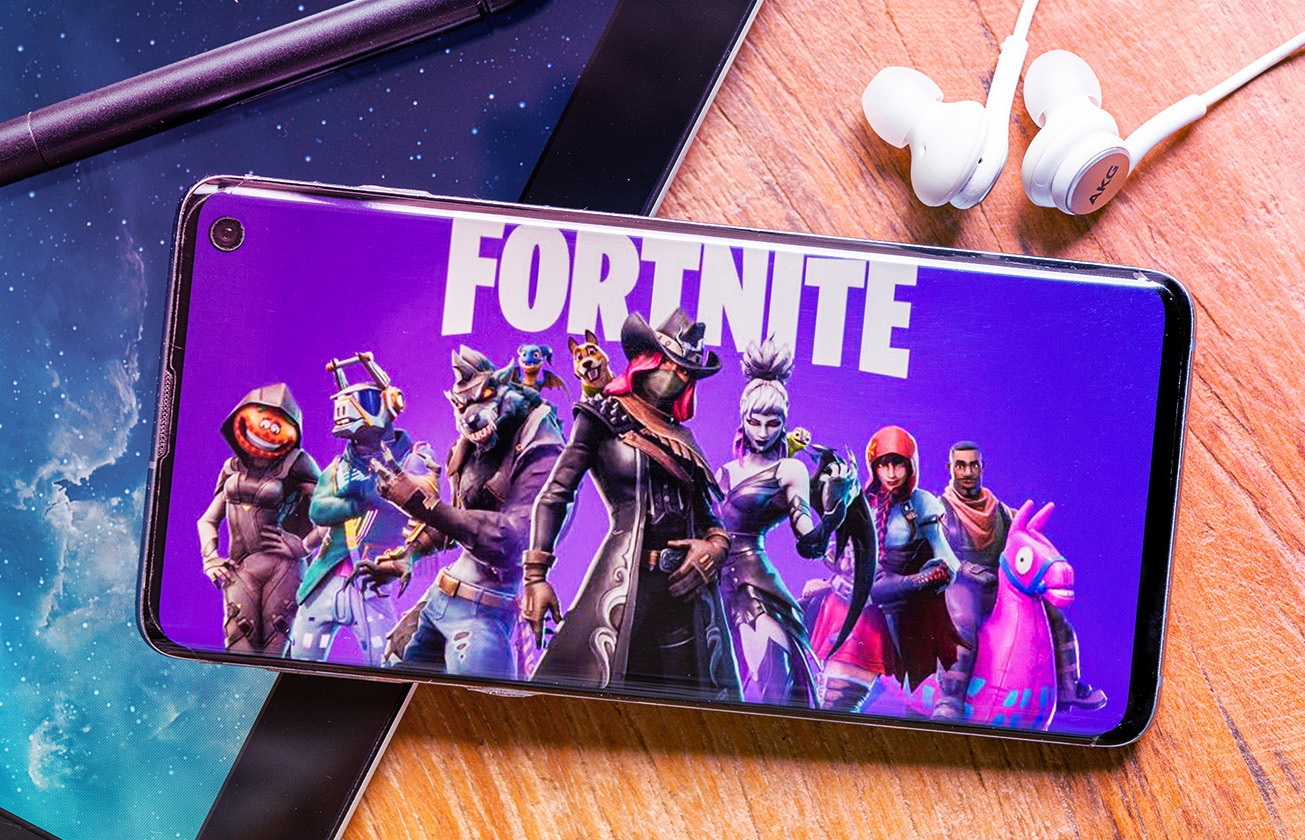 For a start, let us answer the simple question: what is Fortnite anyway? If we could have the freedom to sound funny, we would say that Fortnite is a video game made in the dystopiam style of „Hunger games“ but with no appearance of Jennifer Lawrence at all.

The Fortnite we are talking about is Fortnite: Battle Royale, a multiplayer online game in which you, together with 99 other players in the game, battle your way to death until only one is left as a winner.

Fortnite, or shall we say Fortnite: Battle Royale was launched in 2017 after its producer Epic Games realized that the previous version (Fortnite), which demanded 40 dollars entrance fee for download, was not as popular as some other multiplayer free games. In that version of Fortnite four players would join together to win in an apocalyptic world of tomorrow. Since that game wasn't successful as planned, Epic Games decided to study why competitors were doing better. They asked themselves why is their interactive content less attractive for end users?

The first rule of a good marketing strategy: analyze your competition

People at Epic Games company realized that the more successful game PlayerUnkonown's Battlegrounds had much better popularity because it was free. Secondly, it followed an intriguing scenario (as seen in the thriller action movies like Battle Royale) in which one hundred players fought in the survival game until only one was left. So Epic Games simply copied the concept and started one of today's most successful gaming stories.

The next lesson we can learn from Fortnite's marketing strategy is that nothing builds the user base like free content. New, freshly reborn Fortnite offered its fans what they truly wanted: a good user-friendly experience combined with free access to the game and its features.

As Josh Nelson, UI/UX designer and blogger, noticed: „Fortnite being free allowed for the availability to reach anyone, which let them build brand loyalty and fans. When there is a free video game, kids don’t have to go ask their parents to buy it, which in most cases is a huge barrier.“

Here we can extract the third lesson from Fortnite's marketing strategy: answer your buyers' needs and profit from it. Indeed, when kids realized Fortnite was free, they ran to it like the proverbial bugs to the blue light of a screen. 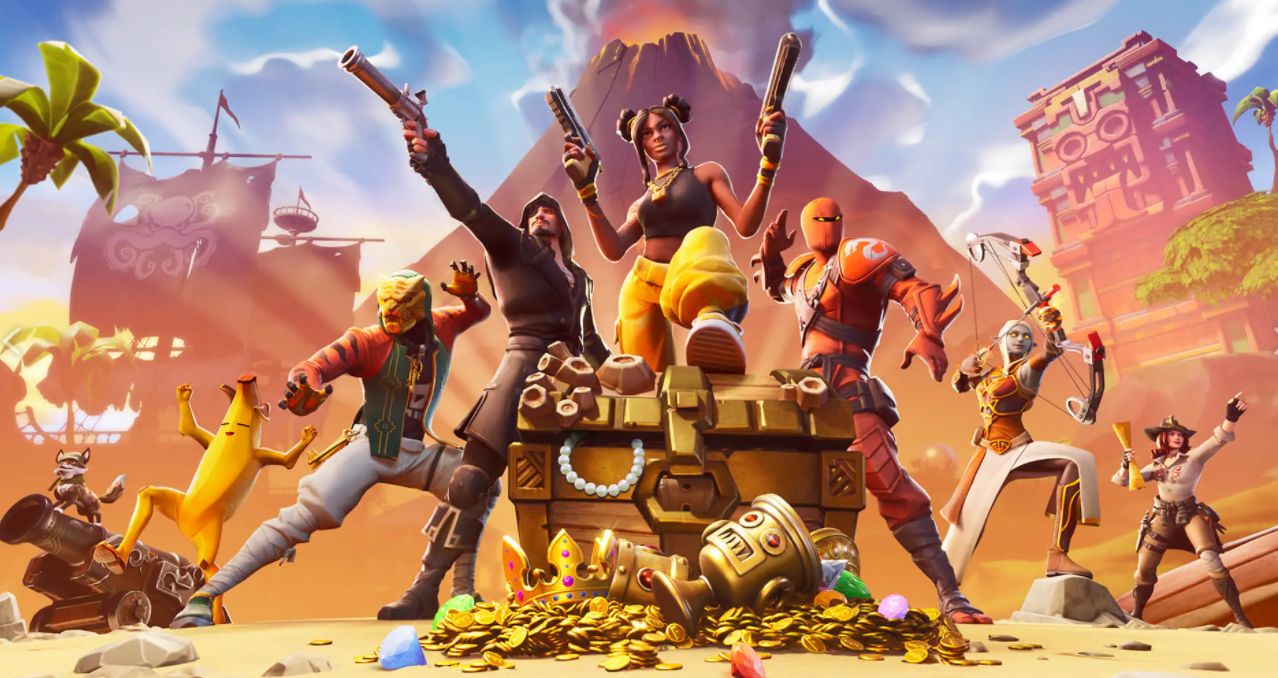 But the creators behind Fortnite wouldn't be rubbing their hands in joy if everything stopped there. They soon realized that the freemium approach had to be supplemented with clever microtransactions. So they offered their fans the possibility to buy upgrades and other gaming options: better and more powerful weapons, popular skins, exchange coins, etc. They even introduced V-Bucks - in-game money which could be exchanged for any currency on the market. The gamers could now buy upgrades for pocket money and spread word of mouth among their friends.

Referrals and free word of mouth

When you are developing a marketing strategy for your brand, think about another tool that was used by Fortnite – the power of referrals and word of mouth. Try to create a buzz around your brand's product among your fans. Make everyone talk about it, and you'll have an inexhaustible source for your content marketing.

The gamers who enjoyed playing Fortnite decided to recommend the game to their friends and acquaintances. Even the grown-up men would talk about Fortnite with their colleagues at work and thus dragged others into its seductive pull. The gamers could now enjoy the support of their peers, and they didn't have to play alone in the digital realm bragging about their achievements to the anonymous players on the web. In time, Fortnite built a solid user base in whose ranks you could find many celebrities and popular influencers.

Include influencer marketing in the promotion of your brand

We have arrived at the fourth lesson learned from the Fortnite's marketing strategy: include influencers and brand's famous fans into your promotional mix to better awareness of your product.

Besides winning on the soccer field, many famous football players have publicly bragged about their achievements in Fortnite. Zlatan Ibrahimović, Mesut Ozil, Dele Alli, and Sergi Roberto among many.

But the biggest promotion Fortnite received came from French player Antoine Griezmann who celebrated all his wins with the characteristic Fortnite dance. For those who do not know yet, let's say that Fortnite dance is a feature you may choose as a winner when you eliminate all other 99 players in a game round. Here's the photo of Griezmann celebrating his win with the „Take The L“ dance provocatively dedicated to his competitors. It's a great example of influencer marketing. 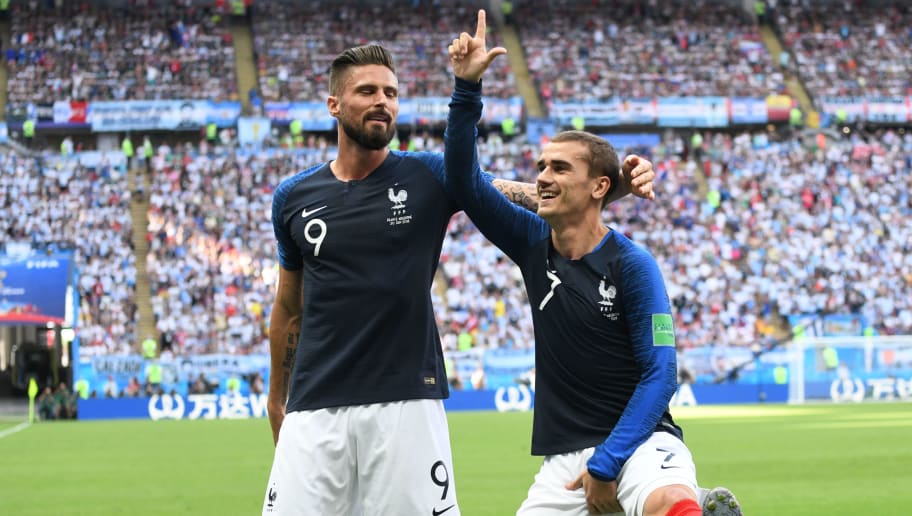 And when you have famous influencers, viral dances, and social media likes – you also have a good content source for your (digital) content marketing strategy.

Be creative in that regard; reach for the stars for inspiration. Look to Fortnite and use your famous followers as your brand ambassadors on social media channels. Organize challenges and exciting tournaments. Create your content hub on the web on which you'll publish intriguing content that'll attract your fans.

Let's mention some examples from Fortnites' textbook. Epic Games has organized many in-game virtual concerts in which Travis Scott and Drake attracted millions of fans. The charismatic YouTuber Ninja was also used as an ambassador of the brand. Everyone who was into gaming wanted to learn Ninja's tips and tricks on being unbeatable in Fortnite.

In addition to that, Epic Games supported the YouTube channel Typical Gamer plays, which they transformed into a popular content hub with the news and tips from the world of Fortnite. But, they didn't stop there, so they decided to make headlines in the newspapers and other media. They organized their gaming world cup in which they awarded a 15-year-old Pennsylvania player with the biggest prize in the history of esports in the amount of 3 million US dollars! Who wouldn't talk about that?

Activate your dormant followers with a remarketing strategy

Well, even after all these successes, the brains behind Epic Games company didn't rest on their laurels. Instead, they looked further into improving the user experience and how to make their content marketing even more impactful.

They noticed that many players disconnected from the game after some time. The repetitiveness of the game and the same battle map eventually drained out the excitement from fans, made them bored, and decide to quit. So the question was raised: how to reactivate those passive players? Answer: with the smart remarketing strategy that includes special events. 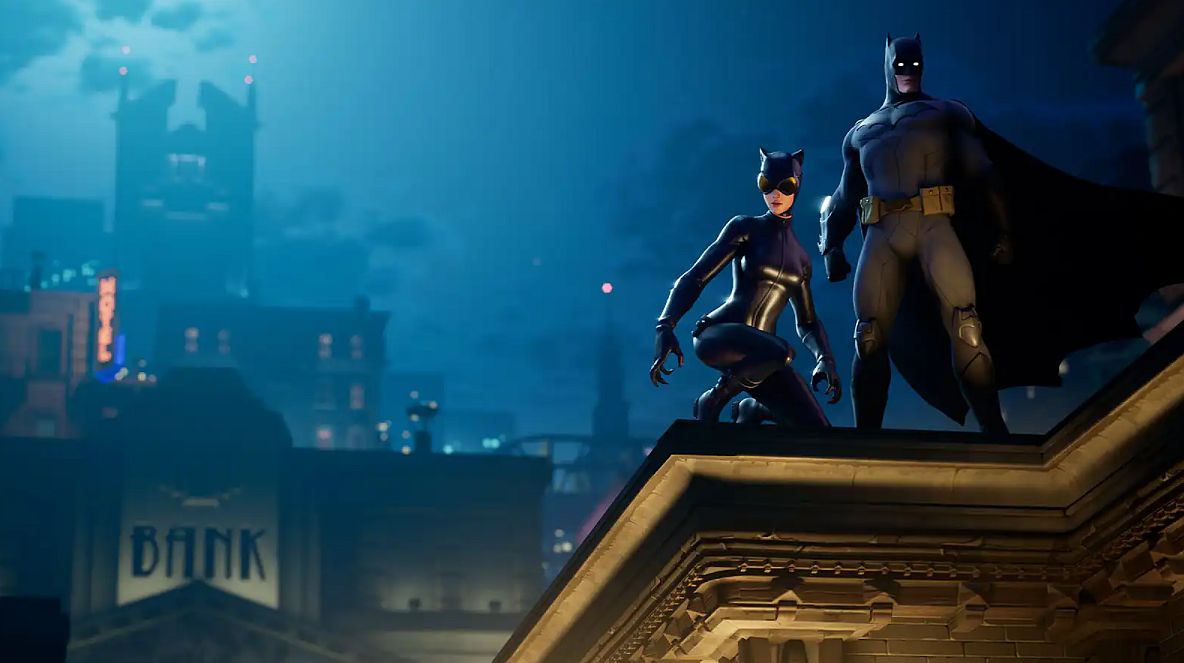 One remarketing solution was Fortnite x Batman event, during which players could get skins of the superheroes from the popular Batman film franchise. In addition, players could now battle out their gaming skills in the dark world of Gotham City, which became populated by previously inactive players who could renew their excitement about Fortnite and enjoy in beautifully designed scenery of the cinematic „capitol of crime“.

There was no excuse anymore. If you were a serious gamer, why would you miss being a part of Batman's crew? If ever there was an example of successful remarketing, we must say this was it.

It brings us closer to a conclusion. So what lessons have we learned from Fortnite's marketing strategy? Word of mouth, freemium approach to content, remarketing strategy, content, and influencer marketing... these are all essential marketing tools ready to be grabbed by you when you decide on your future marketing approach.

Even though Fortnite's success might not give you hope that you will create a great marketing campaign for your launderette or your corner grocery store, stay open-minded when thinking about your future marketing strategy.

Suppose you don't have a team that will dedicate its time for digital marketing strategy creation. In that case, you can always contact a digital marketing agency like LOGIC and try to beat your competitors in the ever more competitive market.

Remember: there are so many contenders out there, and there's only one place for the actual winner.