War in Ukraine isn’t the first war that happened on the front line and social media channels. It’s even the most viral of all media wars, as the always well-informed The Economist said. The war propaganda, hate speech, fake news, viral social media posts, and censorship on the most prominent social networks have created a deadly cocktail that announces the new era of digital (dis)information. 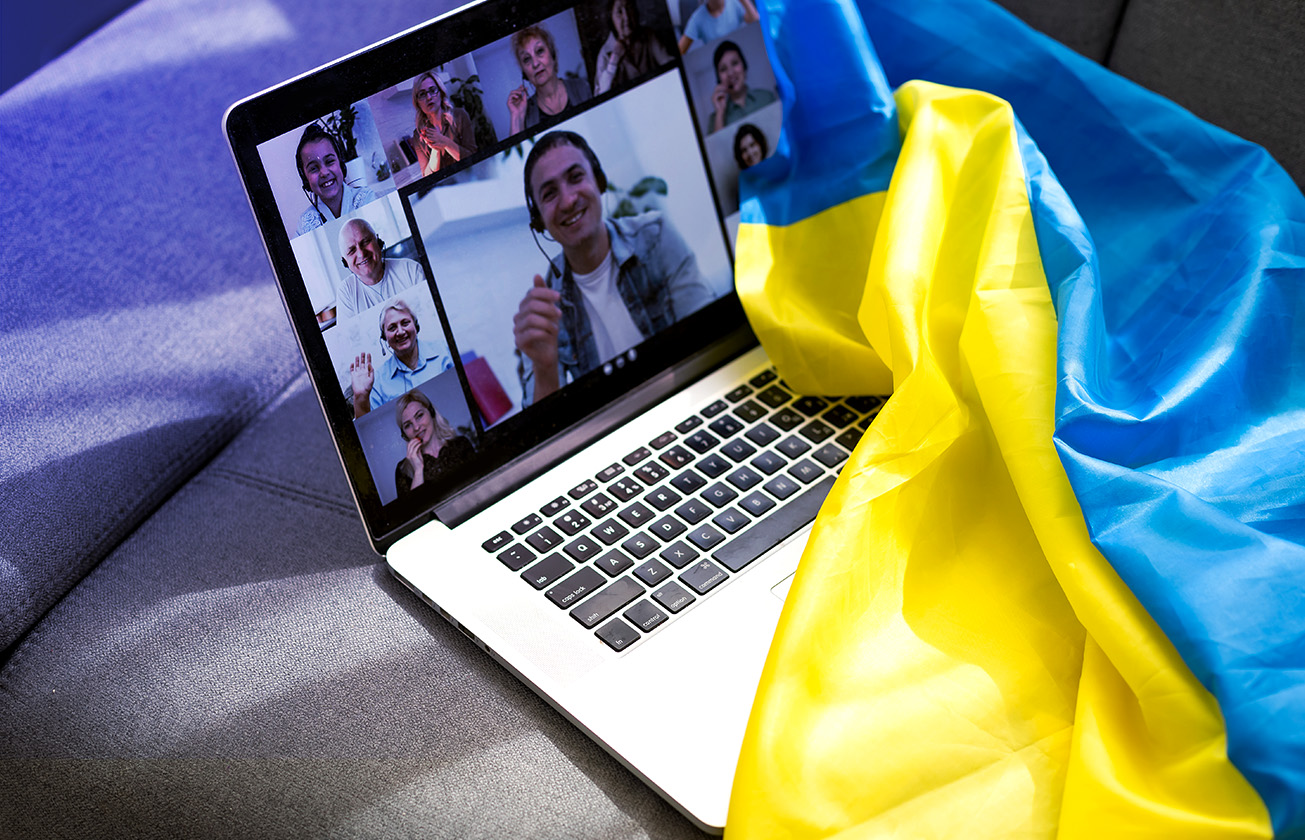 While the missiles hit all over the Ukrainian battleground, and Russian tanks devastatingly impact Ukrainian cities, talking about social networks' role in the new European war might appear less important than military operations or civilian causalities.

But as the journalist of the web page ScienceNews Erika Engelhaupt warns, we can learn from this war that big tech companies that manage today's most important social networks have the same if not greater power than the most powerful countries in the world.

While Ukraine courageously fights against Russian aggression, Vladimir Putin has decided to block access to Facebook, Instagram, and Twitter to all Russian users to suppress the alternative sources of information that are not controlled by his regime. Thus he has demonstrated his fear of social media and admitted their power to influence public opinion.

Social media platforms, in his opinion, have become important sites for recruiting the fighters, organizing combat actions and resistance movements, and a place where information war, propaganda, and fake news propagate freely.

In that sense, it is interesting to perceive some trends that connect war and social media channels:

The militarization of social networks

As soon as the Russian invasion of Ukraine started, Facebook’s own Meta company created a special operations team made of native Russian and Ukrainian speakers to react to Russian invasion events in real-time, as The New York Times reports.

To help the victimized Ukrainian civilians, Meta has modified certain services and options on Facebook that could help displaced civilians to seek help in refugee centers. Meta has also installed special notifications that warn about the suspicious information sources (mostly about Russian war propaganda). 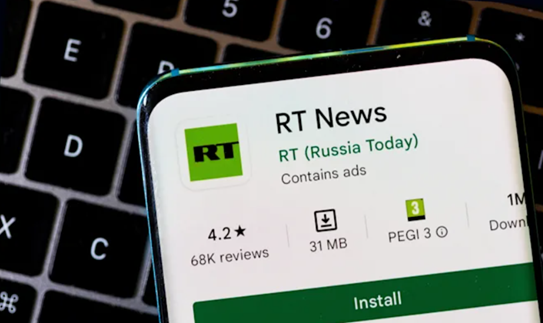 Shortly the first censorship was followed by Facebook, namely the blockade of access to pro-regime Russian web pages like Russia Today and Sputnik. After that, Russia returned by a total embargo of Facebook on Russian territory and even Instagram and Twitter some days later. Ukrainian president Volodimir Zelensky has described the importance and role of social media in war by tweeting:

“War is not only a military opposition on UA land. It is also a fierce battle in the informational space.”

To make a further argument let’s mention the blunder made by Meta, which confirms above mentioned Zelensky’s opinion on the war in the age of social media and digital information.

As The New York Times points out, Meta allowed an organization named the Ukrainian legion to place the Facebook ads campaign with the invitation directed to foreign mercenaries to join the Ukrainian army, thus violating the International laws. When Meta’s staff realized the mistake, they blocked the campaign, which had already reached the thousands of Facebook users in Ireland, Germany, the United States of America, and elsewhere. Meta has justified its actions by explaining that the Ukrainian legion has falsely presented itself.

And when we talk about misrepresentations, we should mention fake news. The Swiss fact-checking agency NewsGuard analyzed the integrity of information, especially videos on TikTok that were served in “For You” section. A significant number of fake news was detected in the top 20 such videos. One of them had even 3 million video views. It displayed movements of Ukrainian forces through the city of Mariupol, falsely suggesting that Ukrainians attacked the town. The truth is that the video dates from 2014, but it now serves as Russian propaganda in the information war against Ukraine.

Shifting borders of freedom of the speech, censorship, and hate speech

The chaos of war events affected the Ukraine territory and the policies of social networks as well. According to the internal Meta documents, an inevitable confusion entered Meta ranks, as evidenced by The New York Times. As a result, the rules were frequently rewritten and corrected according to the battlefield events.

Until recently, Facebook was considered a politically correct medium (a fact well known to every community manager on this platform). As a result, Facebook was very sensitive to hate speech and posts that promoted violence or warmongering and verbal attacks on social minorities. But, only two days after the invasion of Ukraine, Meta informed its content moderators not to stop posts that condemned Russian aggression. Moreover, Vladimir Putin was upset with Meta’s support of Ukrainian resistance fighters, so he nervously proclaimed Meta as an “extremist”.

Meta has suspended its policy against hate speech in 12 countries of Eastern Europe and allowed the publishing of the posts that invite the condemnation of Russians and such.

So, the new European conflict started the invisible negation of Western cultural values like political correctness or control of hate speech. At the same time, on the Russian side of the media front line, it promoted state censorship and media repression.

Putin has forbidden access to the biggest social media platforms to suppress the power of social networks and the appearance of alternative truths in Russian mediascape. He also passed legislation by which anyone who publicly proclaimed an opinion about the war in Ukraine (different from the official in Kremlin) could be sent to jail for many years.

The media was even forbidden to use the words like “invasion”, or “aggression”, while the expressions like “special operation” or “military intervention” were encouraged for public use. If we put this into SEO perspective, we could say that we have witnessed the first information war fought by “keywords”.

The arrival of war influencers – heroes of resistance vs. terrorists-criminals

Two warring factions in the Russian-Ukrainian conflict show an opposed approach to social networks when we compare the profiles of their leaders.

On one side, there’s an old-fashioned Putin, an old-school politician who prefers mass stadium gatherings more than tweets on social media platforms. Even though his Twitter account is still open, he stopped tweeting on it some time ago. On the other side, there’s Volodimir Zelensky, an absolute superstar of today’s social networks. His occurrence at the Grammy awards ceremony via dramatic video call showed the full spectrum of his media skills – he displayed the skills of a modern politician well versed in social media influencer tactics.

Since the Arabic spring, social networks have become the favorite place where political activists organize and exchange their pieces of information and actions. But, Volodomir Zalensky is the first genuine political figure who has outgrown the limits of social networks and became its phenomenon. In contrast to, let’s say, Donald Trump, who has become the joke on Twitter, Zelensky became the symbol of the moral resistance of his nation and willingness to sacrifice for a more significant cause. 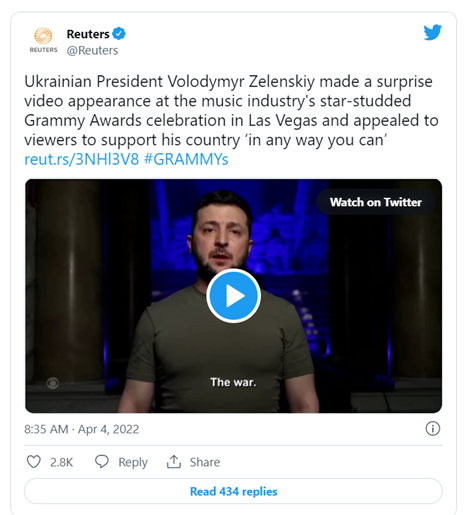 His insistence on sharing the everyday existence of a war leader with his followers on social networks and his willingness to stay loyal to his political goals and people made him a true hero and a star. His acting talents and professional oratory skills helped a lot in the process.

It’s interesting to mention one more phenomenon regarding warfare on social networks – the appearance of “terroristic influencers” like Ramzan Kadyrov. Up until recently Instagram profile of this Chechen leader had three million profiles. On it, he presented himself as “the strongman of Instagram” pictured in expensive Prada boots. Moreover, he was portrayed as an athlete while exercising, picking apples in an orchard, trying to embody the image of a Chechen tradition and national health.

But behind the veneer of the glossy image lies a true despot, guerilla fighter of dubious history, and loyalist Vladimir Putin.

When the invasion of Ukraine started, he appeared 20 kilometers near Kyiv while sending a message to Putin via his social media channels: “It’s going to be quick, Mr. President. Just give an order.”

Instagram has naturally closed his profile like many times before, which should be welcomed. The freedom of somebody’s war mongering speech should not endanger freedoms and dignity of other people.

War on social media channels has released the best and the worst in people. Some have connected with a renewed sense of solidarity and desire to help the displaced and refugees. In others, the war ignited fierce passion and despotic tendencies.

Anyhow, when the war stops and the peace arrives in Europe, maybe there will be a moment for reflection on famous Kantian words from his categoric imperative: to treat another merely as a means is to do something morally impermissible; it is to act wrongly.