Metaverse is the new buzzword in the industry. Meta CEO Mark Zuckerberg and his colleagues mentioned metaverse over 80 times during Facebook’s keynote presentation, so the chances are high that you’ve heard about this new internet revolution, at least in passing. So what is it about - another revolution in how we communicate with each other? A catch-all term for a new version of the Internet? Or just another marketing concoction? 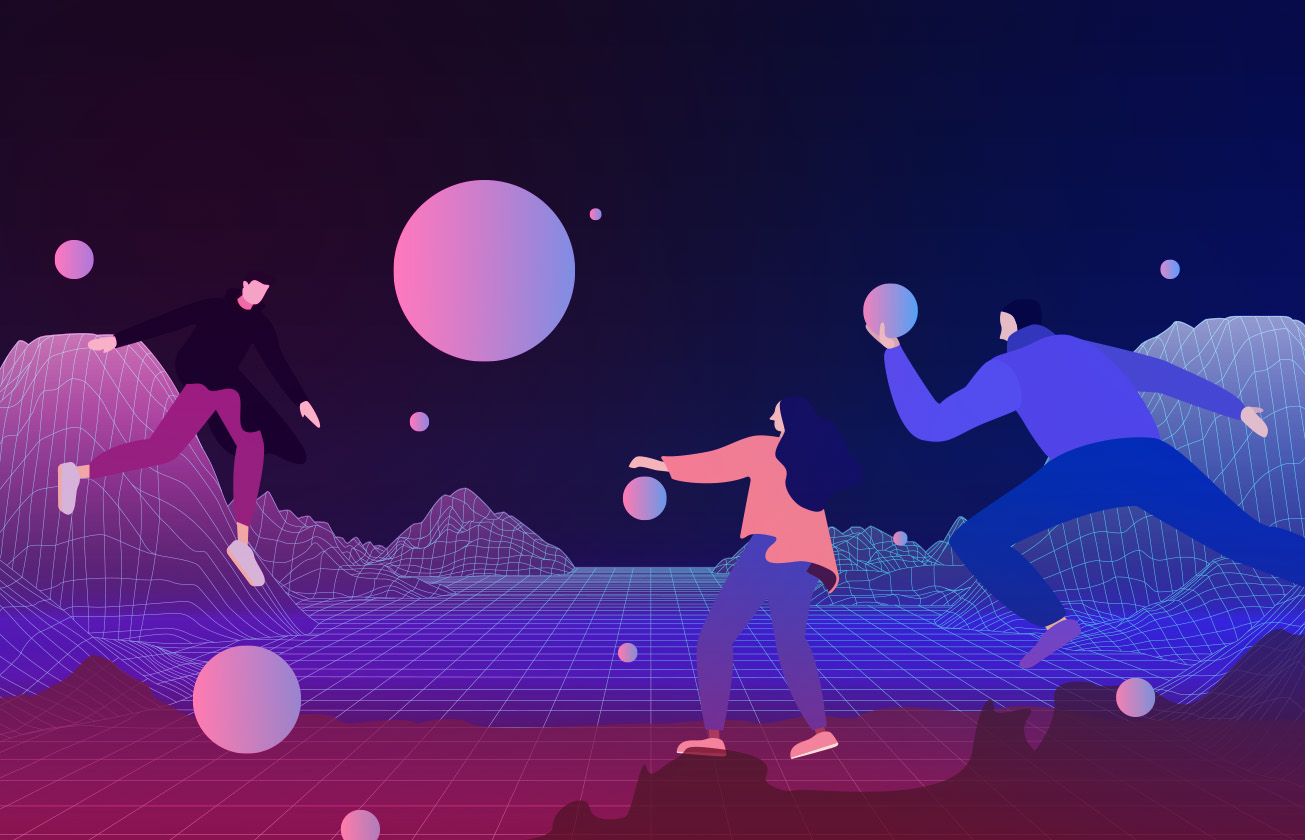 The name metaverse is not new, nor is Zuckerberg responsible for its creation. Writer Neal Stephenson is credited with creating that title in his novel Snow Crash. Metaverse means a virtual space, a world into which characters entered through their avatars or virtual versions of themselves. In his novel, going to Metaverse represents an escape from their present's dystopian, slightly apocalyptic world. And it'll not happen with this version of the metaverse. Certainly not. 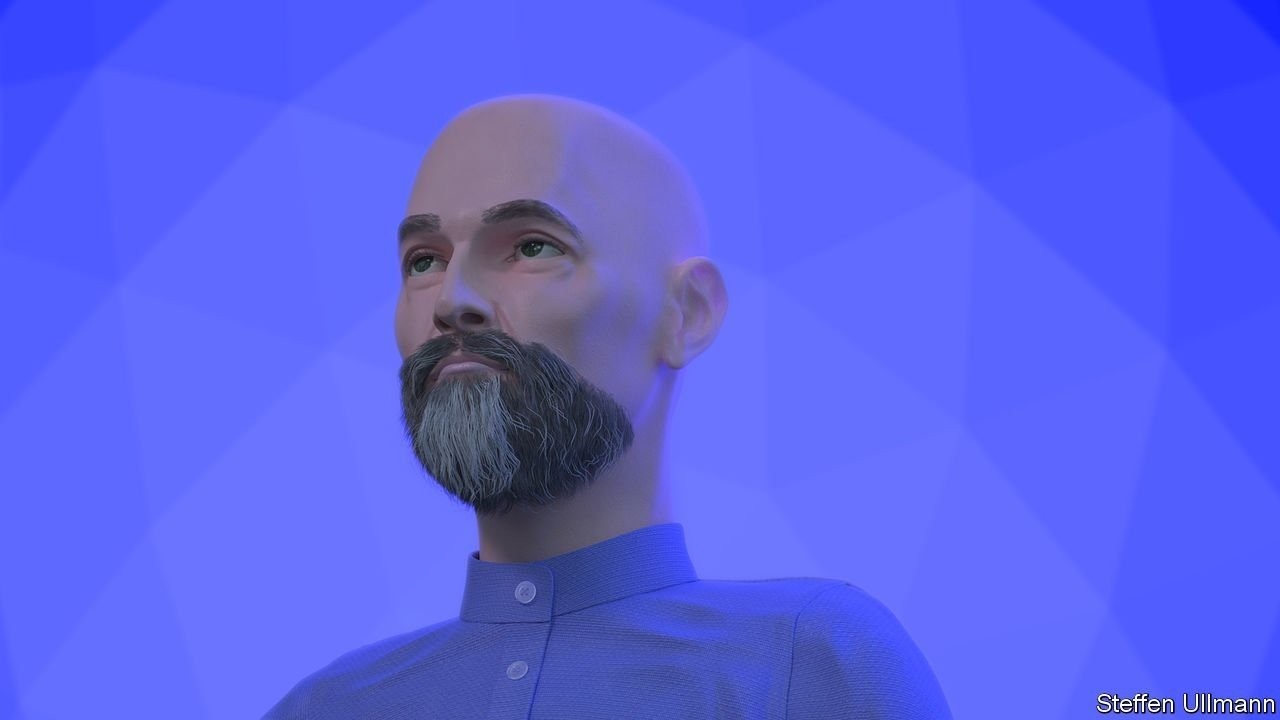 Neal Stephenson in the metaverse (source)

Zuckerberg’s concept is relatively simple on paper and almost identical to Stephenson’s. We will live our lives in a virtual world. Work, socialize, attend events, travel - all virtual. With the help of VR glasses, of course.Although the metaverse principle seems innovative, it is not conceptually original. Living a virtual life is not something new. Take, for example, the MMO video game, especially Second Life, which promised and fulfilled everything Zuckerberg now offers, but on a much more limited, less immersive level. People in the game lived their second, virtual lives. The same can be said for World of Warcraft.

What makes a metaverse?

To quote Zuckerberg, the metaverse is "an even more immersive and fulfilling internet where we can do anything we can imagine - socialize with friends and family, work, study, play, shop, create and define completely new categories that don't yet exist." Although this definition is still quite extensive, we have tried to define the elements that will define metaverses from the presentation and supporting materials.

The concept of avatars, again, is nothing new, it has been used in gaming for decades. But what Zuckerberg envisioned was the use of VR goggles and living through avatars. Something like this.

A world where avatars will live

Of course, there must be a world for these avatars. But the question is, what kind of world will it be? Will it be a Second Life-style world, where limited land and space lead to creating a real estate market? Or will it be a free-for-all Minecraft-like world that is user-generated and infinite?

In a perfect (virtual) world, it would be one world shared by all users, but given the technical limitations, we assume it will be a fragmentation of users via servers. 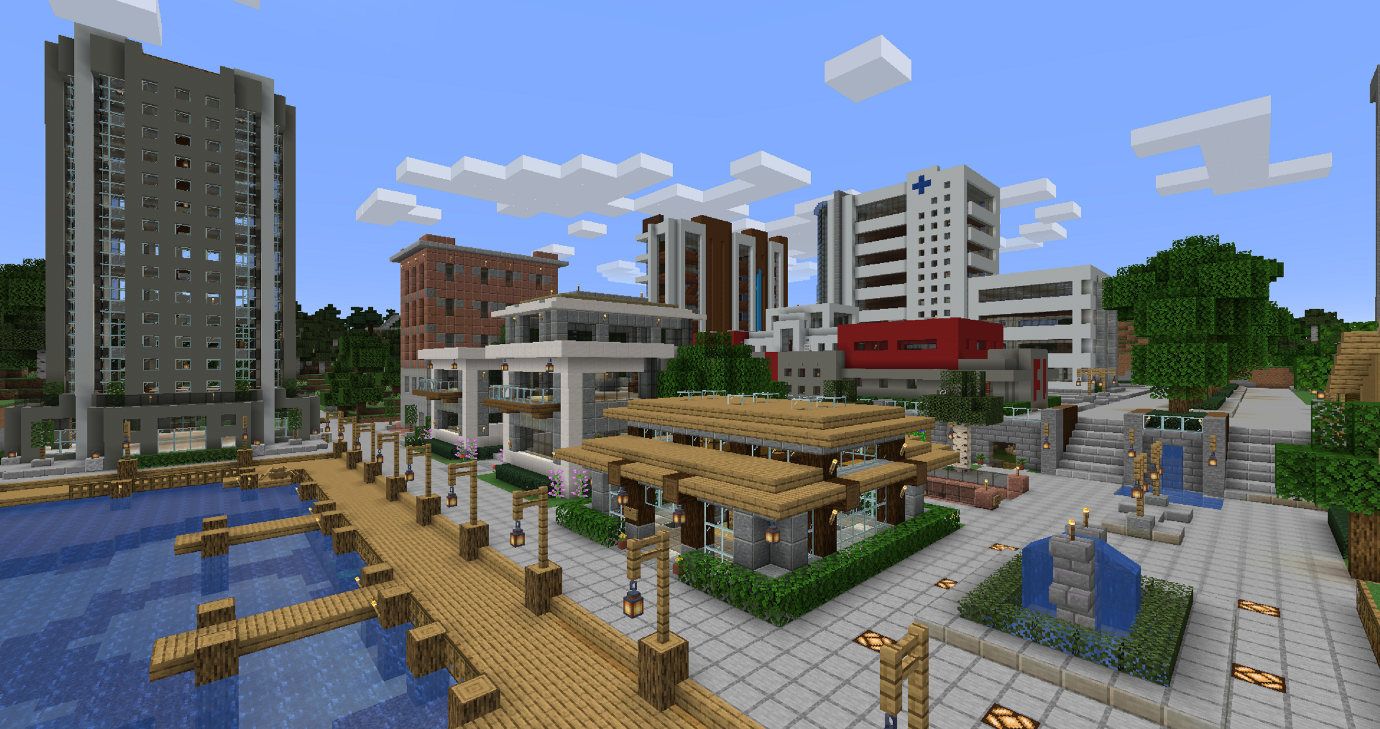 Cities of the future? (source)

Possibility of owning, creating, and changing real estate and other virtual items

As games like Minecraft and Roblox have shown us - users love to create and own. A similar concept will be present in the metaverse, at least to some extent. Personalization of home, clothes, and the like will undoubtedly be significant. However, we are more interested in the idea of ​​ creating a virtual economy.

What role will cryptocurrencies and the NFT market play? Which category will be created? Metaverse projects such as Decentraland, Sandbox, and the like already exist and are being successfully developed on Blockchain, in which users own the property, play with it, stay in it and resell it to other players.

The critical moment of the metaverse is modern VR technology. We will no longer click on the computer screen, but we will live in a space with other people. Good examples of the use of VR technology are Horizon Worlds and Horizon Workplaces, but they are still at a particular proof-of-concept stage. Of course, sharing a room with ten colleagues from work is far from the virtual worlds that Zuckerberg sells us, but it’s a good starting point. 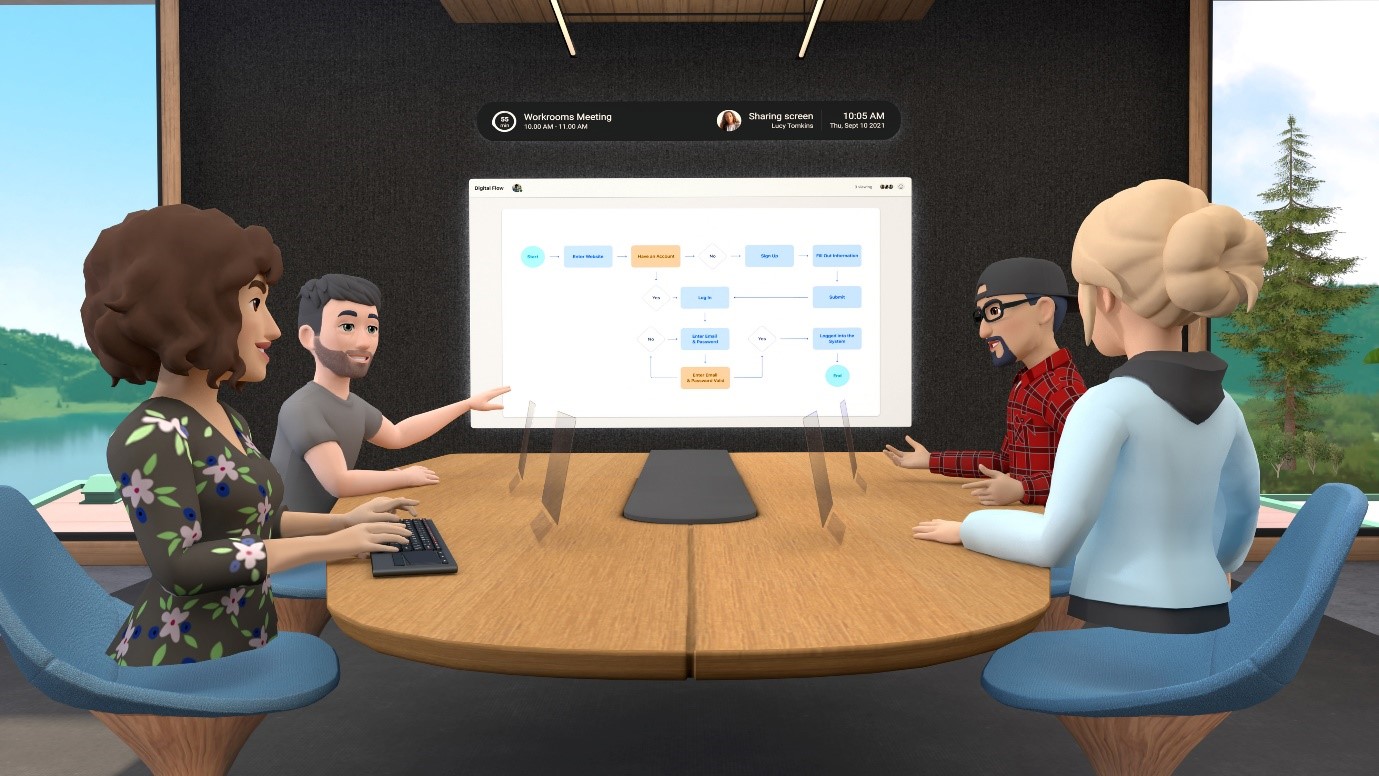 A new way of living, working and shopping?

The future is near, Zuckerberg says. So what does it bring us? Ability to teleport to the office without driving to the company. Going to a concert with friends. Coffee with parents on Sunday afternoons. All from the comfort of your home. Who knows, maybe we’ll play video games in the virtual world as well? The possibilities are endless for now.

Of course, the question is - will a critical mass of people accept that?

Of course, as far as gamers are concerned, the metaverse is the promised land of virtual reality. Hanging out with friends in a video game and all in VR? Great! But what about ordinary people?

Yes, there are endless ways we can socialize with other people, but there are two huge barriers. The first is the hardware cost that will be needed for the metaverse. The entrance fee is relatively high for VR glasses, computers, and everything else. But, as Zuckerberg says - we are far from a metaverse, at least 10 to 15 years. As a result, the price of hardware could drop drastically.

The second barrier is - physical contact. Virtual socializing, whether through messaging apps or video calls, is part of everyone’s daily repertoire, but as the pandemic has taught us - nothing can replace human contact and socialization. Moreover, VR technology is not yet, nor is it likely to succeed in simulating a real sense of socializing. A concert in the virtual world cannot be as good as going to an actual show, for example. 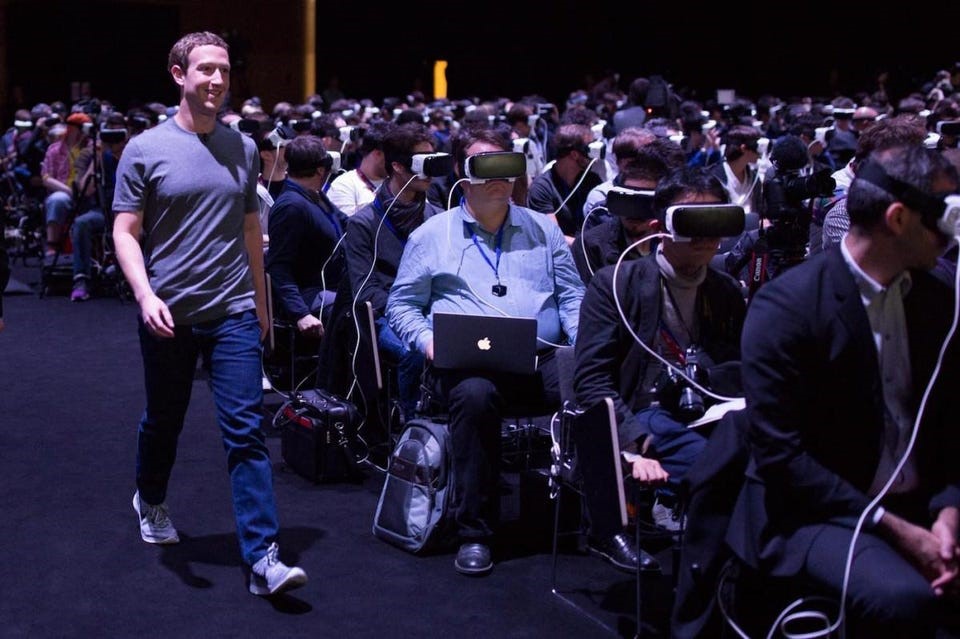 As for work, the pandemic has also taught us that we can and love working from home. Metaverse can potentially modify work from home. Presentations, meetings, interviews - all this can be done in VR.

The same goes for shopping. Of course, we'll need to dress our avatar, won't we? That is why Nike and Adidas have already announced that they are entering metaverses and taking trademarks. But this isn't too new either - let's look at the Fortnite and Balenciaga collection. And virtual clothing can make money!

When will we start living virtually?

Although the hype has been rising for the last couple of weeks, we are still far, far away from the metaverse. Corporations see massive potential in the concept and are likely to jump on that train. Metaverse will certainly offer a fantastic opportunity to develop new forms of metaverse marketing (meta marketing?). How will brands be promoted on it? What role will digital agencies play? That remains to be seen!

Given technology development, we dare say that the metaverse could come a couple of years earlier than expected. So the real question is - are we ready?