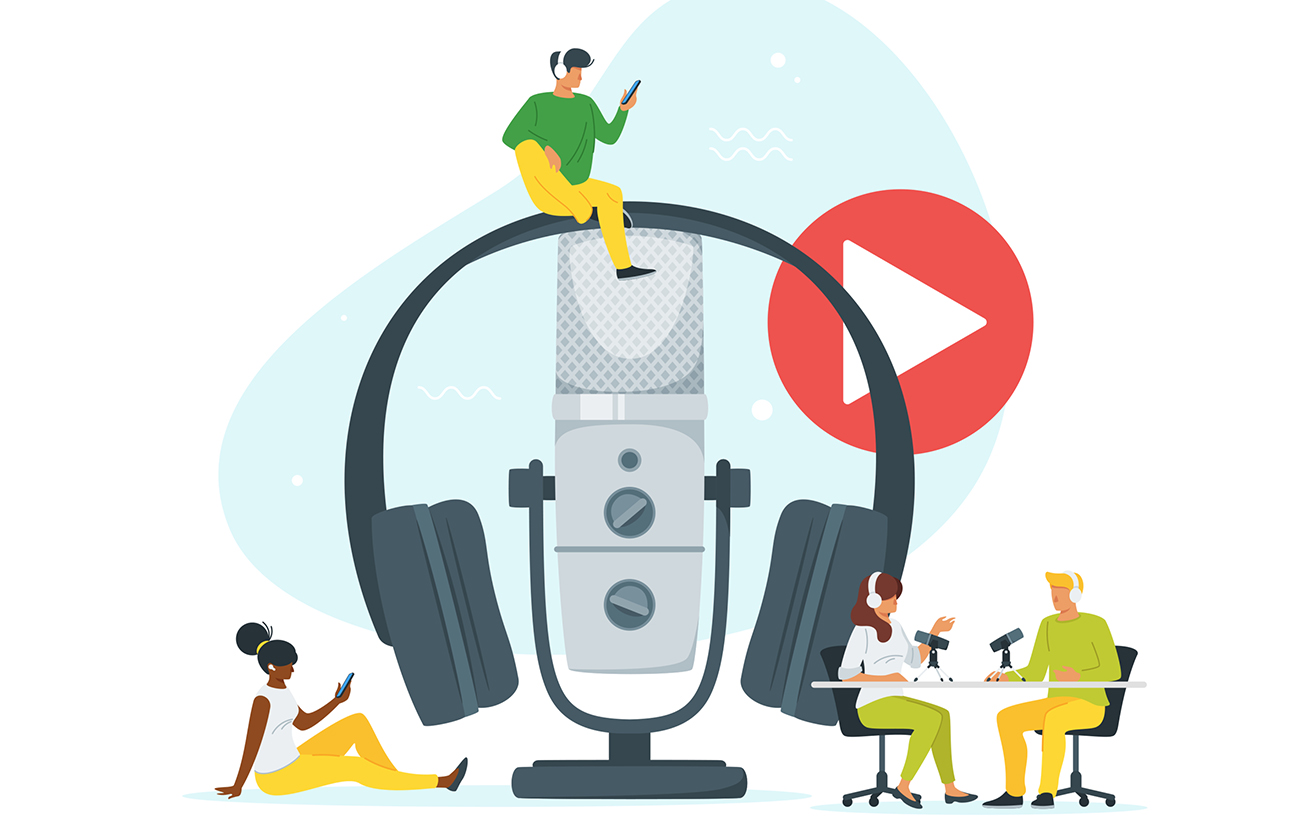 The story begins when the Guardian journalist, Ben Hammersley, was nearing the deadline for writing a column on Internet radio blogs.

He needed a sentence to fill in the number of words. An ingenious question came to his mind: “What are we going to call this new phenomenon - an audio blog? Maybe a podcast? ”

From conception to Oxford dictionary

A couple of months later, he received a call from the Oxford English Dictionary asking if he had coined the word “podcast” as they don’t have any quotes related to that word yet.

Podcasts weren’t born that night, but Ben Hammersley baptized them. 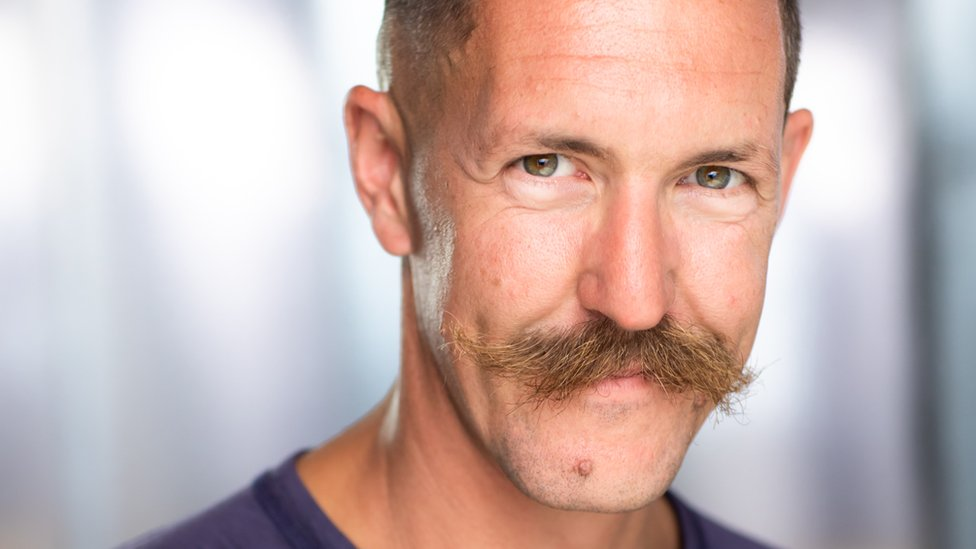 Thanks to Ben for the podcast title, but also this great moustache. (Source)

The term podcast comes from combining the words iPod and radio broadcast. Although the podcast in its infantile forms existed before, the iPod accelerated and shaped the structure to define a podcast.

Some of you may have forgotten, but podcasts were once purely audio format. Through the boom of MP3 formats in the early 2000s, with the explosion of portable MP3 players, podcasts were downloaded and listened for free via iPods and other MP3 players.

The next natural step in the development of podcasts is the integration of podcasts into iTunes. There was an even greater spread, raising the quality of the content itself and creating the first well-known podcasts and hosts. 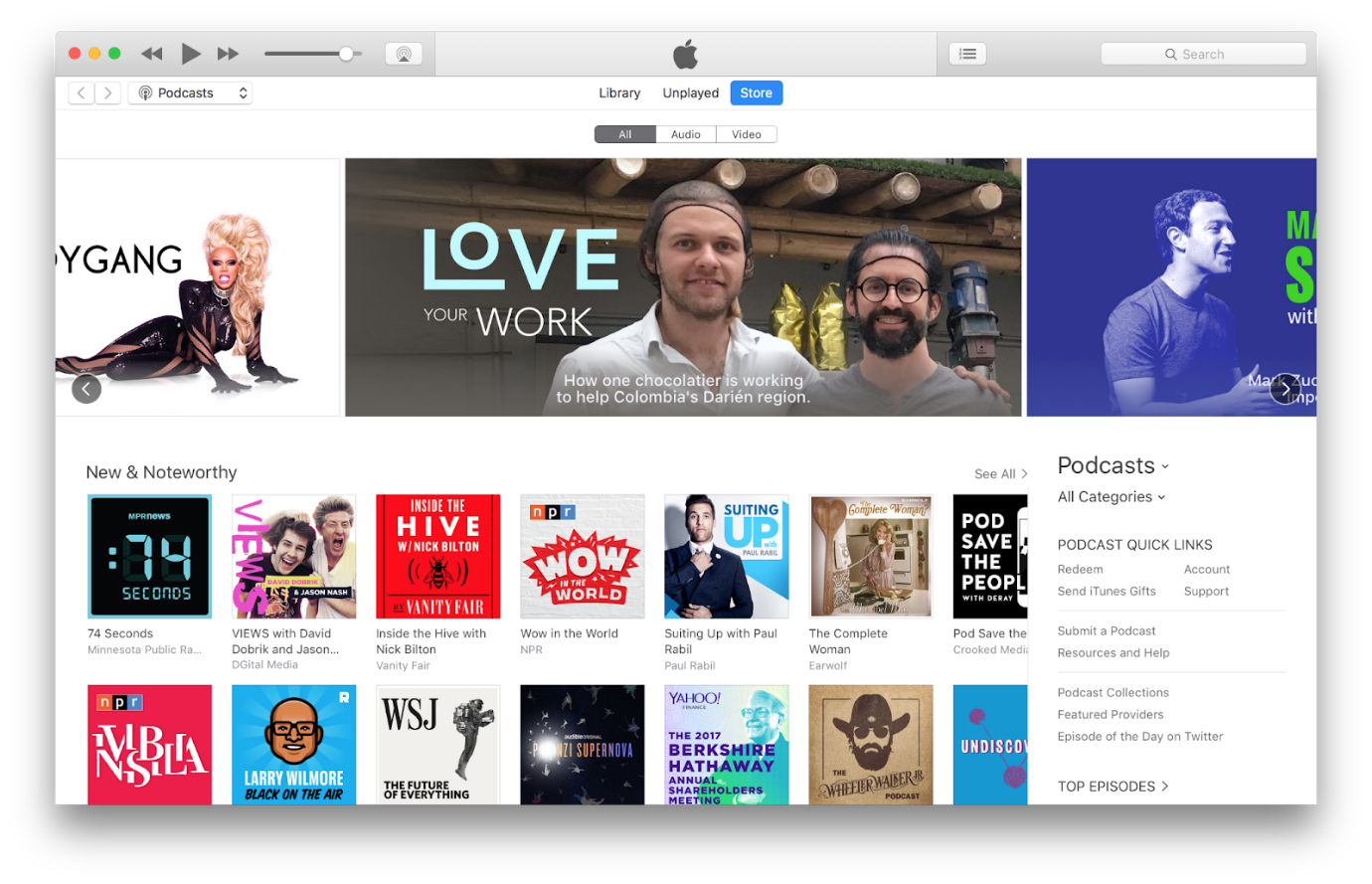 Apple's App store - the last step before the boom. (Source)

When talking about the development of podcasts, the keyword is "natural". The popularity and growth of podcasts from their inception to the present day have come naturally, little by little. However, due to its gradational development, its chances of being a trendy format are minimal, as some critics (or radio purists) like to mention.

Why advertise on a podcast?

It may sound pretentious, but the podcast has changed the way we absorb audio and video content. This truth, as always, was recognized by marketing experts.

One reason for this is in blocking the competition.

The European Championship is still in the spotlight so that we will use it as a topical example.

Let's say, for example, that you are a beer brand and (naturally) want to advertise during a football game. The best timing for your commercial is before, during halftime, and after the game. You pay to broadcast your commercial - great, but the other five beer brands pay as well. So the person you are targeting will see your ad but will also see everyone else's.

This isn't the case with podcasts.

Thanks to the sponsor's exclusivity, your beer brand will be the only one that the host and guests will promote.

And that promotion comes effortlessly - people need to drink something during an hour of talking. Right? If it’s a video podcast, your beer is in the frame the whole show, and the viewer gets the feeling that both the host and the guest have chosen your brand, not that it’s about advertising. 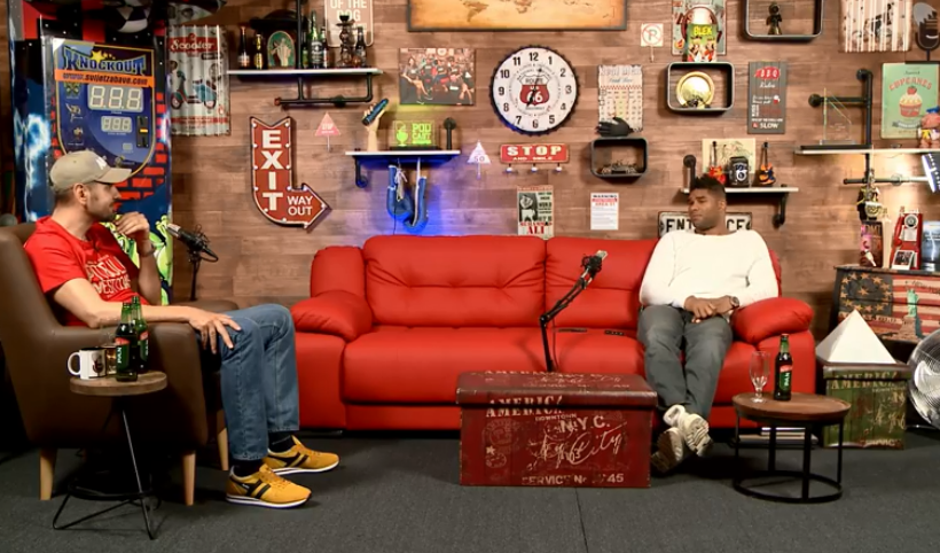 How many beer brands do you see in the Podcast Incubator?

This brings us to the following reason why podcast advertising is so effective - the organic nature of advertising.

The TV ad, Youtube bumper, radio ad, display ad… There are various forms of advertising, but most have one thing in common – it's clear to people that it is an advertisement.

With podcasts, this boundary between subliminal and explicit advertising becomes blurred.

Often the hosts say who the sponsor is, but the way they say it is natural. It is usually not a slogan like "Drink our beer because it is the best beer!", but something like "Thank you to our sponsor. I personally always order this beer in a bar, so I can personally recommend it." Also, they often include a guest in the conversation about your brand!

Likewise, most podcasts choose brands they consider good, which brings us to the third reason - trust between the podcast host and his audience.

What do we mean by that?

A person chooses to watch just that podcast because they believe that a presenter is a person of trust, and in addition, the guests who come and the covered topics correspond to that person's tastes.

Since the viewer watches the podcast, they also believe that your beer is their personal choice. Therefore, a podcast host can be called an objective influencer, a person who chooses to promote a brand, not a person through whom the brand is promoted.

What does the future hold for us? Billions

Hopefully, all of these reasons are enough to convince you of the potency and still under-explored potential of the podcast format.

Do you want some numbers? Of course, you do! Four years ago (2017), about $220 million was spent on podcast-related marketing activities. This year, projected spending is about $1.33 billion. In four years, 2025, that figure is projected to double to $2.7 billion.

From homemade MP3 shows to $ 2.7 billion in marketing figures. Not bad, isn't it?